Cities around the country call on Thompson Design Group for groundbreaking architectural facelifts. See Faneuil Hall Marketplace, a model of retail & urban development that launched in Boston in the 1970s. See Chicago’s Navy Pier, New York’s Governor’s Island, and Houston’s 10 mile Buffalo Bayou district. Then see Schwadesign, Thompson’s choice to provide their own visual facelift. They wanted to ensure their considerations for space and urban planning were conveyed in their new identity; when they plan to design a place, their focus is on gatherings – such as an urban ‘square’ (in Boston this has particular relevance, since there are nearly 36 such squares). Their previous wordmark didn’t convey this sensibility.

Exploring the visual vernacular of space and urban planning, Schwa dug into meanings of the urban square and its broad connotations. Rebranding takes cues from an architect’s T-square and other graphic elements to inform the new identity and print collateral. 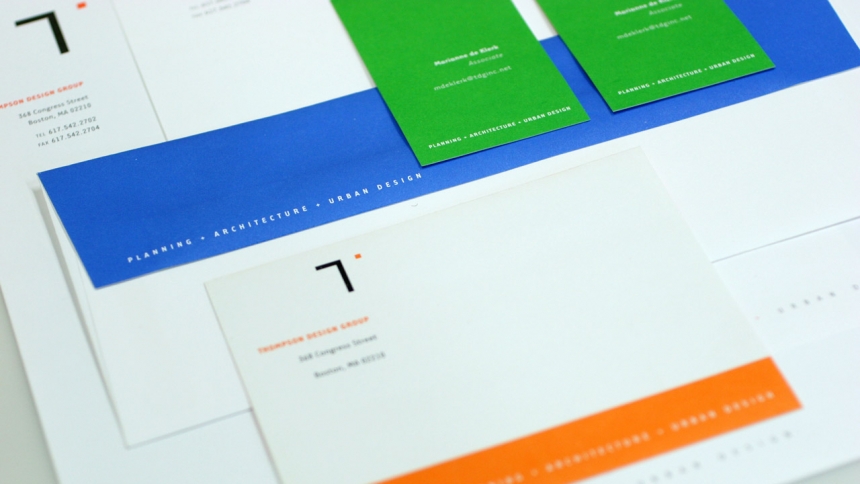